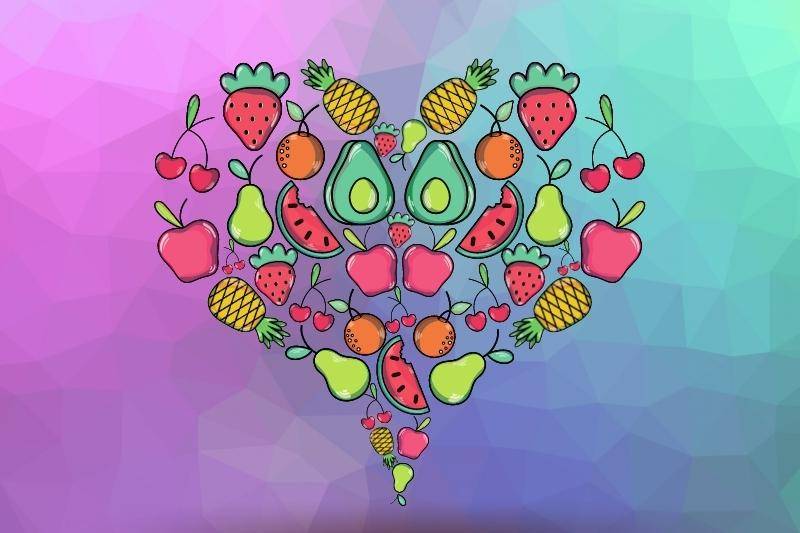 Complementary nutrients like vitamin K2 and coenzyme Q10 can be game changers for those
seeking to improve their cardiovascular health. Leading cardiologist, Dr Ross Walker
investigates.

Smart supplements can help keep yourheart healthy, reducing the risk of cardiovascular disease and heart attack. Cardiovascular disease claims more than 17 million lives annually throughout the world. In Australia someone has a heart attack every 10 minutes, with one-third of men and half of women having at least one risk factor for heart disease.

The great news is that probably close to 90 percent of deaths from cardiovascular disease are preventable. Exercising for at least 30 minutes daily; maintaining a healthy diet and reducing destructive daily habits, such as smoking or drinking, all count towards keeping our hearts healthy.

A diet rich in fruits, vegetables and whole grains can help protect your heart. Look for leanmeats,fish high in omega 3such as salmon, tuna, mackerel, herring and trout,and avoid toomuch salt and sugar.

Seeking out smart supplements also playsan integral role in maintaining heart health withmany good options you can navigate with your health practitioner. Recently another promising nutrient emerged. Long known for its role as a coagulant,r esearchers have discovered a specific version of vitamin K, vitamin K2 as MK-7, is a strong cardio vascular ally.

Research has shown vitamin K2 as MK-7 helps maintain and use calcium in the bones. Calcium not used by bone-building cells can accumulate in the arteries and soft tissues, contributing to cardio vascular disease.

Vitamin K2 as MK-7 helps puts calcium where it belongs. Think of MK-7 as the body’s lights witch. It activates or “turns on” important proteins in the body, such as osteo calcin for strong bones and the matrix Gla protein (MGP) for heart health. By activating these K-dependent proteins, vitamin K2 helps keep calcium in the bones and away from your arteries.

Amid the bounty of recentre search on MK-7, one2015 study stands out. Researchers at Maastricht University in the Netherlands monitored 244 healthy post-menopausal women for three years using pulse wave velocity and ultrasound techniques. The participants, aged 55-65years, were randomly assigned to take a nutritional dose (180mcg) of a specific form of vitamin K2 as MK-7, called Mena Q7®, daily for three years, or placebo capsules.

After three years,the outcome was amazing. Vitamin K2 as MK-7not only inhibited age-related stiffening of the artery walls, it improved vascular elasticity. The Stiffness Index ß in the MK-713.0 group decreased significantly compared to the slight increase in the placebo group. Results confirmed vitaminK2 intake is linked to cardiovascular risk and a nutritional dose of vitamin K2 does promote cardiovascular health. VitaminK2 deliversvital cardiovascular support, andin a recent study that used MenaQ7®, the MK-7 worked well with other nutrients, including magnesium and vitamin C. This is important since takinga variety of supplements improves our prospects for cardiovascular health. Two options to consider are magnesium and ubiquinol.

Ubiquinol is a more advanced form of coenzyme Q10, the heart’s energy source. Research shows the body can absorb ubiquinol five to eight times more readily than supplemental CoQ10. The highest concentration of ubiquinol in the body is found in the heart. Published studies state ubiquinol may help maintain a healthy heart by providing the cellular energy needed to keep it pumping efficiently. Separate research found it also helps in maintaining healthy levels of LDL (low-density lipoprotein) in healthy adults.

Ubiquinolis proving promising as an additional therapy for people with cardiac complaints as well as those taking statins.While statins are commonly prescribed for cholesterol issues, they can induce myopathy, a condition featuring muscle tension, weakness and pain. Statin drugs work by inhibiting your body’s production of cholesterol but they also deplete your natural ubiquinol levels.

One study found taking statins and ubiquinol together reduced muscle pain by up to 54 percent and muscle weakness by 44 percent. Another study on the effect of ubiquinol supplementation on lipoprotein cholesterol plasma levels, found both a reduction in LDL (bad) cholesterol and an increase in CoQ10 levels within the body of each person. Talk to your health practitioner about the right options for you. And remember, lack of exercise and sleep, a poor diet and other unhealthy habits can take their toll over the years.