We are passionate about good health and want to share all the tips, tricks and insights we’ve accrued over more than 30 years as Australia’s leading health food retailer. Please visit THE GO VITA WELLNESS HUB, for our latest podcasts, informative blogs, healthy recipes and the on-line version of our award-winning Go Magazine! 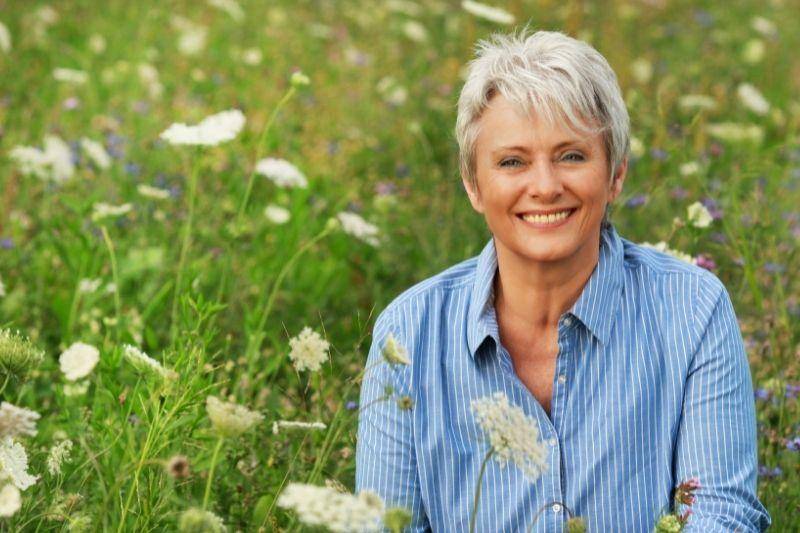 Hot and bothered by menopause symptoms?

Menopause is a natural stage of life for women, but nevertheless, is often associated with troublesome symptoms, ranging from hot flushes to mood swings. Luckily there are herbs that have traditionally been used to help relieve them in both Chinese and Western herbal medicine, says Erika Bass. Menopause is the end of a woman’s reproductive years and is said to have taken place when no menstrual bleeding has occurred for a period of 12 months. For most women, this occurs between the ages of 45 and 55.

The symptoms of menopause

The links between hot flushes, sleeping difficulties and moodiness are complex and may vary from one woman to the next. However, it’s hypothesised that for many(but not all) women, sleep disturbances during the menopausal transition are triggered or exacerbated by night-time hot flushes, and that the resulting poor sleep may contribute to moodiness. Vaginal dryness (decreased vaginal lubrication) is another very common symptom. It’s experienced by one in three post-menopausal women and maybe associated with discomfort during sexual intercourse.

In traditional Chinese medicine (TCM),normal healthy function in the human body is considered dependent on appropriate balance of Yin and Yang. The Kidney organ-meridian system is regarded as the source of all Yin and Yang in the body in TCM. It’s also traditionally believed to govern all aspects of reproductive function including menopause, and is regarded as the storehouse for Jing (also known as Kidney essence), a form of lifeforce energy that’s associated with vitality but declines from mid-life onwards.

In TCM, menopause is traditionally recognised as a time when Kidney Yin becomes deficient in comparison to Kidney Yang. Since Yin has cooling and moistening properties, a deficiency of Kidney Yin produces symptoms characterised by heat (like hot flushes and sweating) and lack of moisture (like vaginal dryness).

Yang has heating and drying properties, so as Kidney Yin decline sand Kidney Yang becomes relatively dominant or hyperactive, the severity of heat-related menopausal symptoms is exacerbated, and the body fluids start to dry up. In TCM this symptom pattern is known as ‘internal heat in Yin deficiency ’or ‘deficiency heat’.

Research suggests that practising yoga might help women who are peri-menopausal or post-menopausal manage both vasomotor symptoms like hot flushes and night sweats, and psychological symptoms such as mood swings. In particular, regular yoga may lead to a small-to-moderate reduction in the severity of hot flushes– but you’ll need to develop a regular practice, as these effects don’t occur in the short-term, according to research published in the Journal Complementary Therapies in Medicine.

Herbs traditionally used to relieve the symptoms of menopause

A variety of herbs have traditionally been used to relieve menopausal symptoms in Chinese and Western herbal medicine. Below are some of the most important to be aware of if you’re looking for symptomatic relief:

According to the Australian Menopause Society, peri-menopause refers to the time leading up to menopause when a woman may start experiencing changes in her menstrual periods such as, irregular periods or changes in flow. Cycles can be shorter or longer in length. Symptoms may also include hot flushes and night sweats, aches and pains, fatigue or irritability as well as premenstrual symptoms such as sore breasts.

These changes may be caused by fluctuations in the production of hormones from the ovary. Some women can experience menopausal symptoms for 5-10 years before their final menstrual period. There is no way to predict the age at which a woman’s menopausal symptoms will start or how long they will last. Vitex agnus-castus may assist in the management of pre-menstrual syndrome including relief of minor symptoms, as well as to help relieve the symptoms associated with menopause. It is traditionally used in Western herbal medicine to support healthy menstruation and support female reproductive system health.

Older
How to detox your liver, body and mind
Newer
What is camu camu and how can it help you? Discover its benefits